The government recently announced a long-awaited national screening programme for bowel cancer, designed to tackle our alarming rates of the disease, which kills 1200 New Zealanders a year. A pilot scheme that has run for the past five years in Auckland’s Waitemata DHB has shown conclusively that screening saves lives.

“If bowel cancer is detected early, it can almost always be cured,” says specialist gastroenterologist Dr Alasdair Patrick. “If it’s picked up really early, we can now cut it out at the time of the colonoscopy. If that window has passed, we can remove the affected part of the bowel, often by laparoscopic surgery.”

It’s only in the later, advanced stages of the disease that chemotherapy and radiotherapy are involved.

Bowel cancer can move fast, however, so the biggest message is not to wait if you’re worried: get checked. The most serious symptom is rectal bleeding, which might be seen in the stool or on the toilet paper. Other warning signs include a change in bowel habits, stomach pain, fatigue and unexplained weight loss.

One person who feels passionately about early detection is the head of health products at Sovereign, Nicola Cresswell. “I urge people to seek help, it’s not worth literally dying of embarrassment,” she says.

Cresswell has firsthand experience. Her partner of 12 years was diagnosed in his 20s. Luckily, he acted on his symptoms quickly; despite having more than 20 tumours, there had been no spread of the cancer. Ninety per cent of his large bowel was removed, but he didn’t require chemotherapy or radiotherapy. “It was a good outcome for him,” says Cresswell.

But it wasn’t the end of the story. Because of her partner’s history (his father died of bowel cancer in his 50s), he has screening every two years and has to take medication to slow his digestion every time he eats. “He also has the occasional bowel blockage, which is painful and scary.”

Despite the ongoing effects, Cresswell’s overriding feeling is of being thankful her partner, now 20 years on from his diagnosis, sought help early.

Rates of occurrence are higher in men and statistics show they are more likely to die. This could be a result of later presentation, due to not wanting to talk about symptoms, or the Kiwi bloke attitude of toughing things out.

“Bowel cancer affects more men in New Zealand than prostate cancer,” says Nick Stanhope, Sovereign CEO. “If it’s detected early enough, it can be cured in 75 per cent of cases, so I encourage all the fathers, brothers, grandfathers, husbands and best mates to talk to a doctor if they’re concerned. It’s time to start breaking down the stigma around this condition. The best defence is to educate yourself and take charge of your health.”

The national screening programme will help – it’s aimed at those aged 60-74, which is where 80 per cent of cases in the pilot study were picked up. Eligible people will be sent a stool test that checks for blood; then, if a certain level is detected, they’ll be asked to undergo a colonoscopy (where a flexible camera is inserted to examine the length of the large bowel). While age is a risk factor, there’s an increasing occurrence of the disease in younger people so everyone needs to be vigilant.

If you want to reduce your risk, tackling a few lifestyle factors and looking into your family history is a good place to start. “Risk factors include obesity – and New Zealand has extremely high rates,” Dr Patrick explains. “Genetic factors are significant, smoking is implicated and there’s a lot of talk around diet, possibly the excessive consumption of processed meat.”

He’s championing the new screening programme and hopes the age range will eventually start at 50, as it did in the pilot study. Dr Patrick is also hopeful about improved survival rates due to advances in medical therapy. It’s now possible to test cancer cells for specific genetic mutations and to provide more targeted chemotherapy. “This is just starting and I think it will change how we treat bowel cancer in the next five to 10 years.”

Nicola Cresswell recently opened up about her experience living with a bowel cancer sufferer in this blog: www.linkedin.com/pulse/living-bowel-cancer-nicola-cresswell

Where to find us: 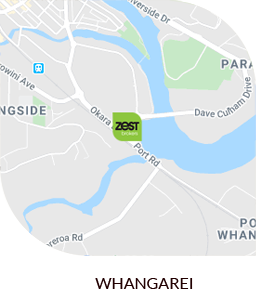 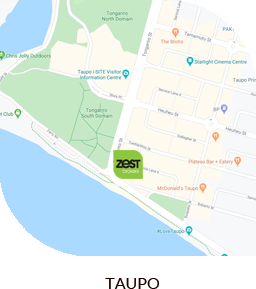